estimatedItemSize is a single numeric value that hints FlashList about the approximate size of the items before they're rendered. FlashList can then use this information to decide how many items it needs to draw on the screen before initial load and while scrolling. If most of the items are of different sizes, you can think of an average or median value and if most items are of the same size, just use that number. A quick look at Element Inspector can help you determine this. If you're confused between two values, the smaller value is a better choice. 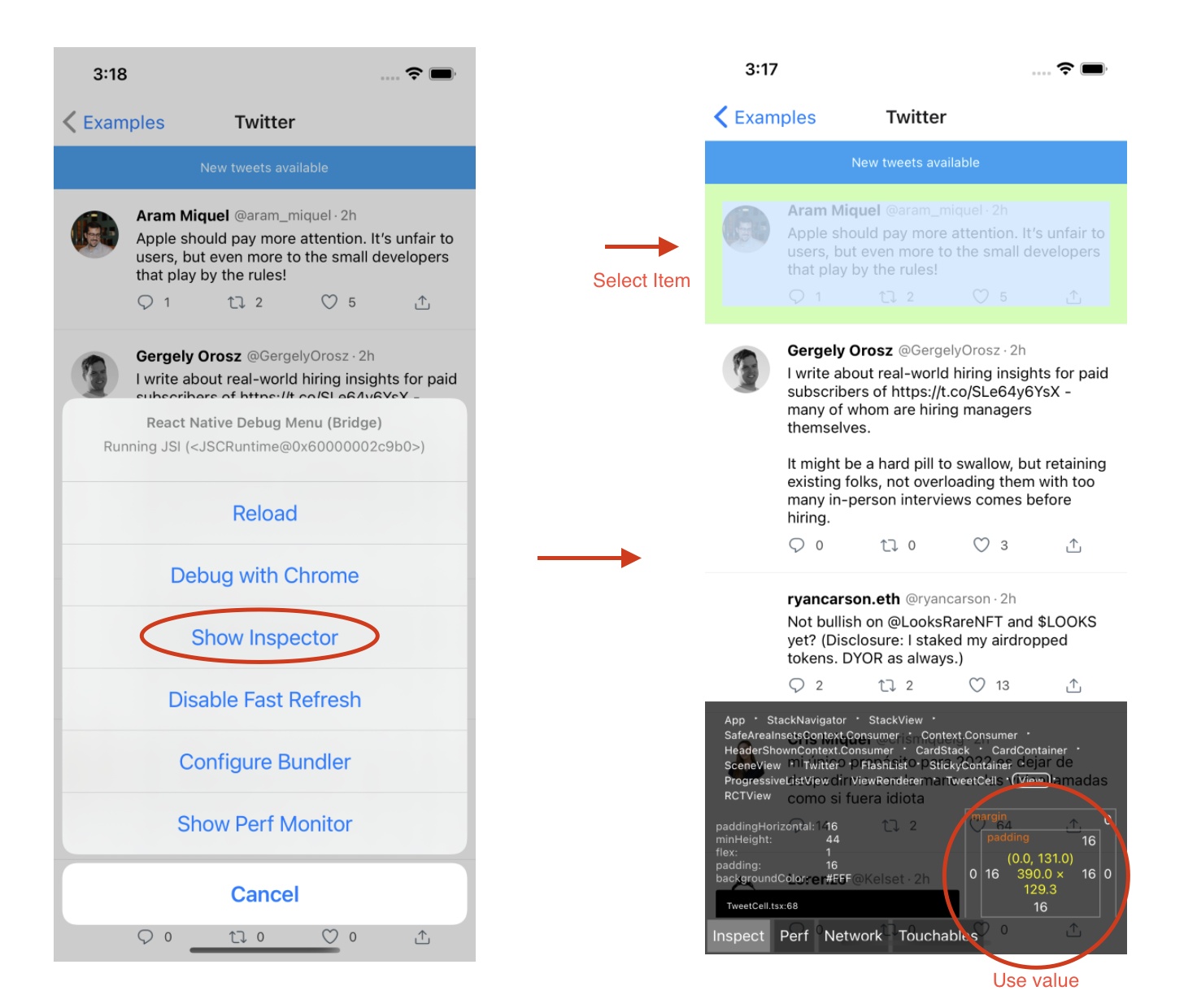 FlashList doesn't know the size of its children before they're rendered. When the list is loading, it needs to decide how many items to render. There are only few choices here:

We currently keep estimatedItemSize optional but strongly recommend you to set it. If you don't, you will get a warning with suggestion to set it to a value equal to the average item size from the first render.

During very quick scrolls, if offsets are changing very quickly, FlashList might run into a situation where it needs to prepare more than one item. This is just another version of the same problem. If your estimates are too big compared to actual sizes, FlashList might think that a small number of items is enough to fill the screen and you might see blanks. This is the primary reason we suggest using a smaller value if you're confused between the two of them. Drawing a few more items is better than showing blanks. With FlashList, we don't expect blanks unless components are very slow or estimatedItemSize is too big compared to actual sizes.

Impact of number of items drawn on responsiveness​

Having a few items on the screen is great for performance and responsiveness. Small render tree is much faster to update. Let's say there's a checkbox within your list items and you store their selected state in a store. You'd want this checkbox to be extremely responsive while changing states and having a large render tree will prevent that from happening. Many of you might have seen this problem in FlatList.

FlatList has a default windowSize of 21 which means that, on a 1000px tall device, it will draw about 10,000px at the bottom and at the top of currently visible window. FlashList in comparison will only draw 250px extra on the top and bottom irrespective of the screen size. You will be amazed with how responsive things become when we have a very small number of items and that's why we care so much about it.

Impact of having wrong estimatedItemSize​ 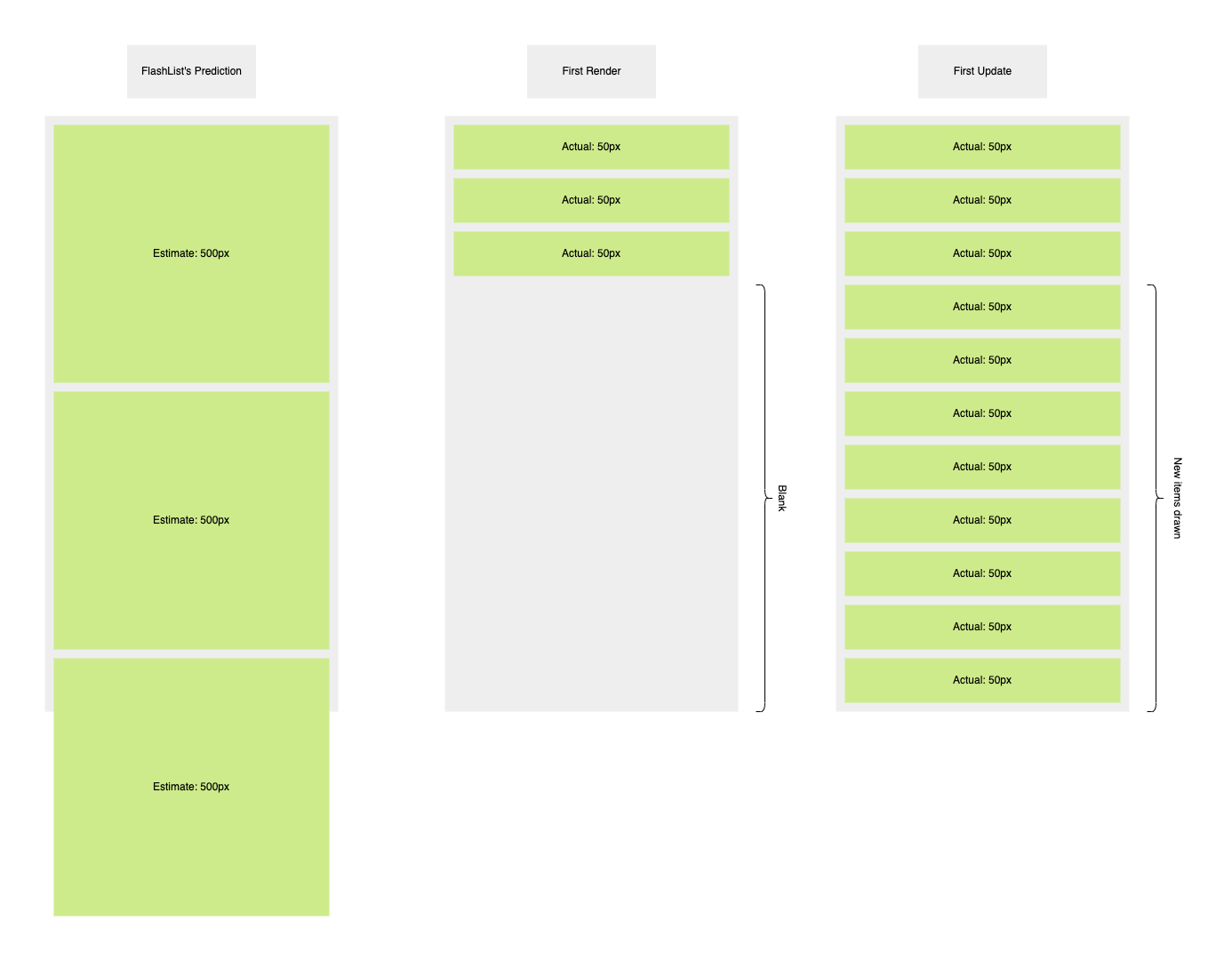 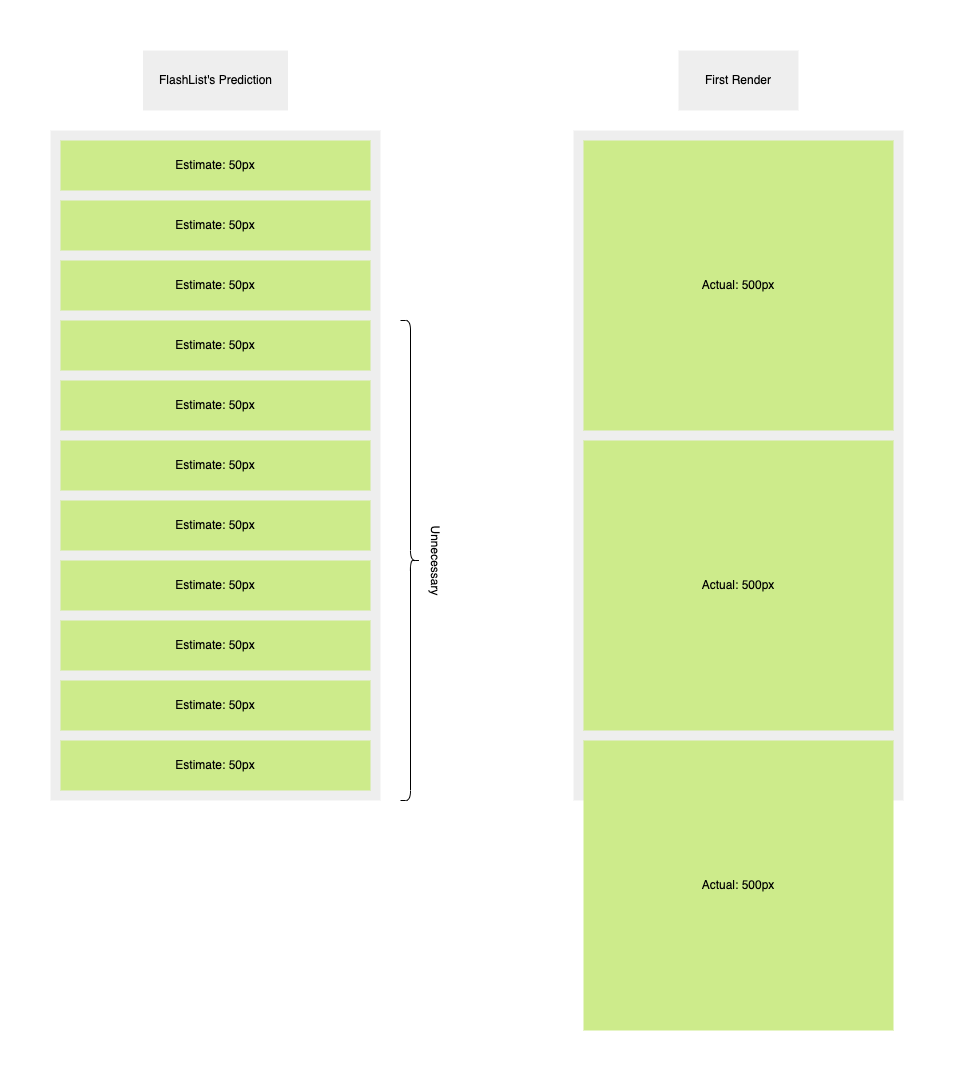 We're looking at ways to remove this requirement by leveraging Fabric. In the short term, we plan to compute this average after the initial load to prevent issues during quick scrolls. The value provided will be also more relevant for load time optimization.